THE JOURNEY OF LEO HOWARD

Howard first enrolled in shorin-ryu karate at age five, and his drive and enjoyment of the art propelled him to three world championships, plus time spent on Matt Mullins Sideswipe Performance Team, a traveling group that thrills audiences across the country with a combination of martial arts, dance and acrobatics.

Some kids love football or baseball  my thing is martial arts, says Howard. Not even any one particular style, either. The idea that I can complete one style and keep at it my whole life and then start a completely new style that teaches me something new altogether - thats pretty cool.

Martial arts opened a new world of career potential for Howard, along with a hectic schedule that few people at age 16 would care to try and keep up with: starring on the Disney XD show Kickin It, daily martial arts training, school work, public appearances, and finding time to be a teenager. 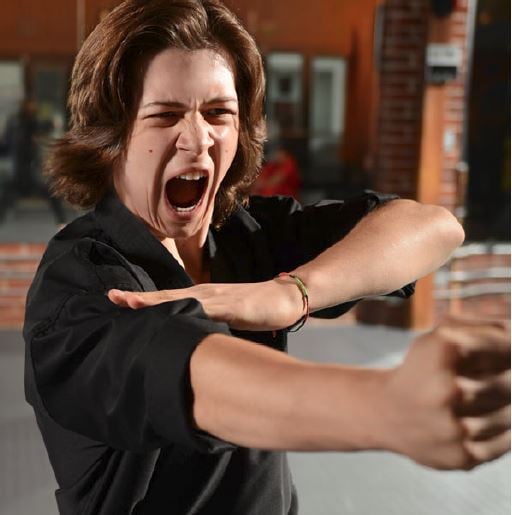 Then theres his film career. He first exploded onto the scene in G.I. Joe: The Rise of Cobra playing a young Snake Eyes, performing all of his own stunts. In 2011, he starred in Conan the Barbarian as a young Conan, along with Jason Momoa in the title role. Howard applies the same discipline and patience he gained from martial arts training to acting.

The below clip is a huge fight scene with Howard in "Conan" (maybe don't watch if you're not a fan of blood...).

Martial arts has definitely helped mold who I am, says Howard. It has definitely taught me patience and instilled a good work ethic. Because it makes you realize that youre not going to succeed in what you want to do in a week or a month. It takes years and years.

Since embracing the benefits of martial arts himself at a young age, Howard finds the appreciation of fans the most fulfilling aspect of what he does.

I feel blessed to have a show that inspires kids to get into the martial arts, because I really feel its overlooked, says Howard. To have kids come up to me and say, You inspired me to do this, and Ive been in it for so many years is one of my favorite things to hear, because it cements that I am inspiring people to do martial arts.