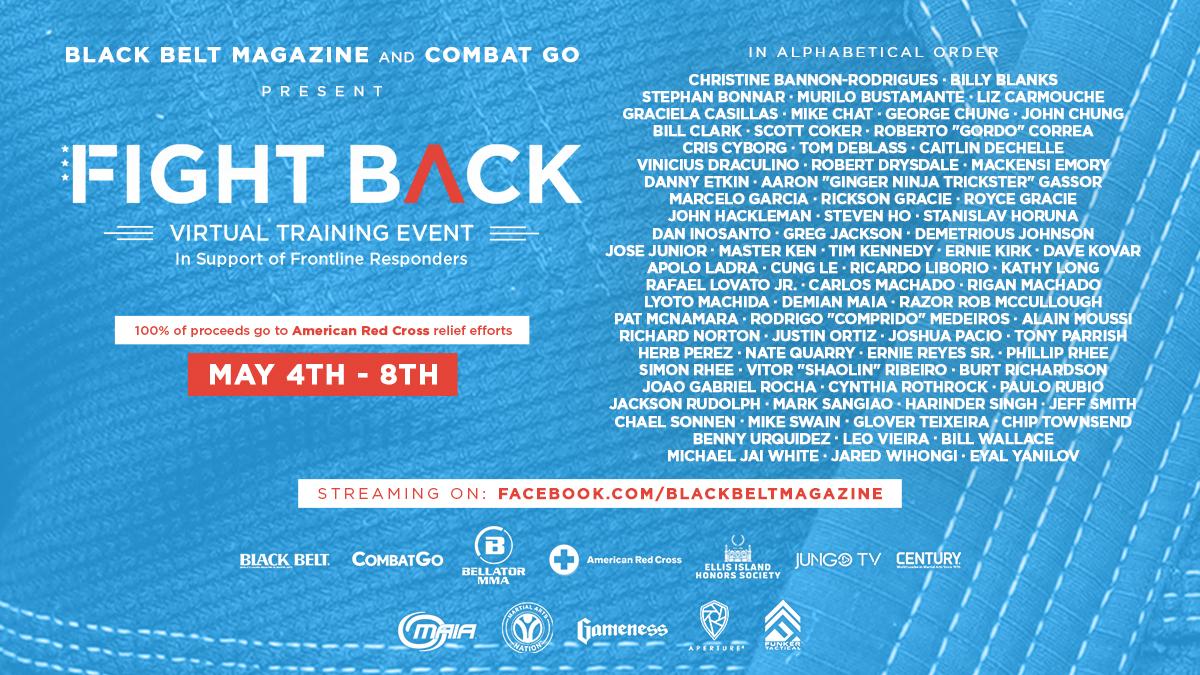 One week of live training with many big names in the scene and show business! You should not miss this.

The weeklong virtual event will take place on Black Belt Magazines Facebook page on May 4th to 8th. Each day covers over 8 hours of instruction from an A-list line up of world champions, trainers, and legends, including leading instructor ​Billy Blanks, ​Bill Wallace, ​Demian Maia, Chael Sonnen​, ​Lyoto Machida, ​Tim Kennedy and ​Rickson Gracie. The event also includes the Facebook premiere of exclusive interviews featuring martial arts superstars ​Dan Inosanto, Michael Jai White,​ Carlos Machado ​, Demetrious Johnson​, and more. From Europe the Martial Arts Youtube Star Aaron "GingerNinjaTrickster" Gassor is involved through CENURY Martial Arts Europe.The seminars will replay the following week on Black Belt Magazines YouTube channel and Combat Go, a free digital TV channel that is available on Roku Channel, Xumo, Jungo SBS, and Stirr in the United States. The martial arts industry is in a unique position to help give back to healthcare professionals and first responders on the frontlines during these unprecedented times, says ​Michael Dillard, President of Black Belt Magazine​. With martial artists everywhere taking their classes to online formats, we jumped at this opportunity to help inspire those in quarantine with words of wisdom and at home techniques from some of the top practitioners around the world.During these uncertain times, it gives us hope to see how people all over the world are finding new and innovative ways to stay connected, said ​George Chung, former World Karate Champion, CEO and co-founder of Jungo TV​. We are honored to be part of this global martial arts experience ​Fight Back with our partners Black Belt Magazine, Bellator, and Ellis Island Honors Society to support the American Red Cross in the global fight to end COVID-19.Donations ​will be made in cooperation with the Ellis Island Honors Society. 100% of the proceeds will go to relief efforts, directly supporting American Red Cross."The Black Belt Magazine is part of the CENTURY Martial Arts company network, and as the European division, we are happy and proud, that we could involve the DRK / German Red Cross on our end, to support the global effect of this great campaign. Through our communication, the participants from Germany can easily help and donate," said Markus Liedtke, CEO of CENTURY Martial Arts Europe GmbH in Dortmund, Germany.

Century Martial Arts exist to inspire and equip people of all ages to undertake the life changing benefits of martial arts. Founded in 1976 by Michael Dillard, Century has grown to become the world's largest supplier of martial arts equipment. Century also owns and operates the Martial Arts Industry Association (MAIA), Gameness Fightwear, and Black Belt Magazine who all play an integral role in the growth and success of martial arts as an industry. As our CEO Michael Dillard says, we are proud of the fact that our company is not just a martial arts company, but  a  company made up of martial artists. 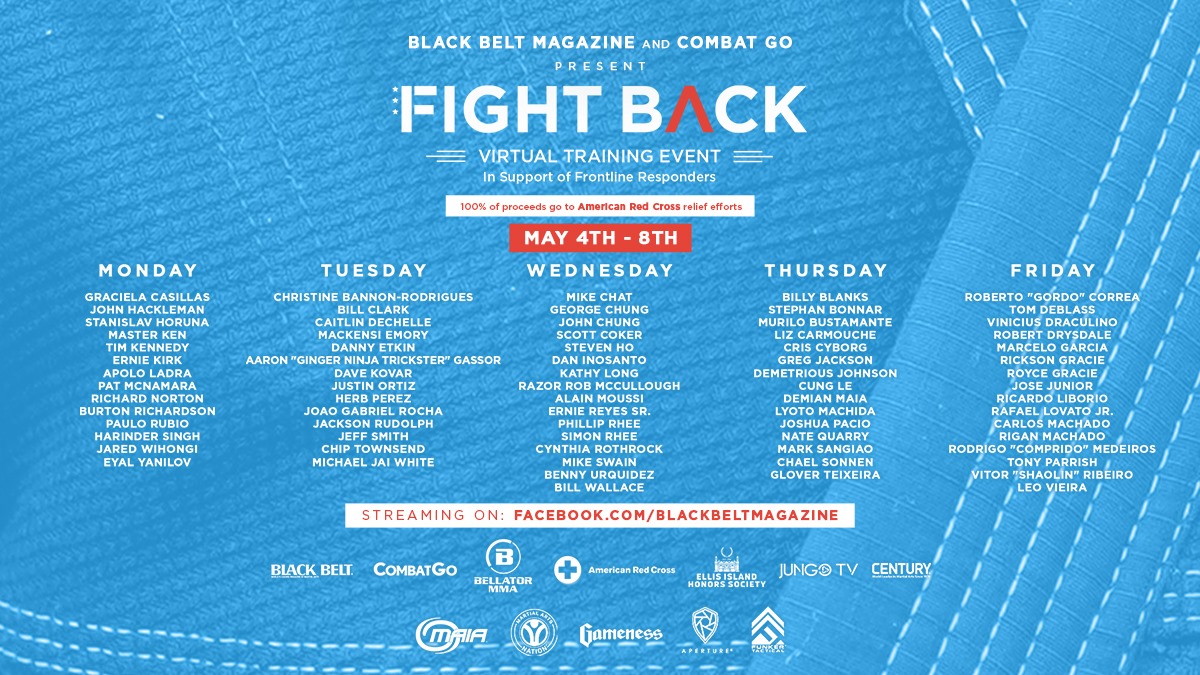