THE WAY OF THE KNIFE: SELF-DEFENSE AT CLOSE QUARTERS

The knife is as old as civilization itself, and still is the best tool for close-quarters self-defense. When I state this, I sometimes get some pushback from gun owners, usually along the lines of, “Well, if someone came at me with a knife I’d just shoot them,” or “Don’t you know what they say about bringing a knife to a gunfight?”

Don’t get me wrong - I do think firearms can be effective self-defense tools… in the right setting. But what if you’re in an establishment that doesn’t allow concealed carry? What if you simply didn’t feel like carrying that day? What if you were carrying and your gun malfunctioned and you couldn’t clear it? What if you are in a crowded area and can’t get a clean shot of the assailant, without risking equal harm to other innocents? (Not to mention, depending on which state you live in, you could face heavy fines if your use of a firearm is deemed reckless or improper.)

In many close-quarters defense scenarios, you won’t know the attack is going to happen until it happens. In other words, you won’t have time to draw your gun and take aim. And even if you see the attack coming from a distance, it still may not be enough. Police and tactics experts follow the 21-Foot Rule. The name comes from the simple concept that if you are within 21 feet of an attacker, you are in the danger zone. From that distance, it takes only about 1.5 seconds from them to reach you. That’s too little time for you to draw, aim and deploy your gun. However, that’s plenty of time for them to get several stabs to vital areas.

Also keep in mind you’re now having to make a defense under high adrenaline and stress, which bumps up your reaction time to anywhere between 2 and 4 seconds. So if you can get your gun up, get a sight, make sure no one is behind the target, aim accurately and hit high center-mass under high adrenaline and stress in 1.5 seconds or less… then sure,  just shoot them. I do not recommend this approach for anyone who has not had years of specialized military training, special forces experience, or another equivalent.

Knives, on the other hand, are easily concealable. They will not jam or run out of ammo, and it’s very, very hard to hit anyone standing 20 feet off to the left or right of your intended target. You don’t have to raise one or get a sight. It’s enough to get the knife out of your pocket and in front of you, and it’s been deployed. 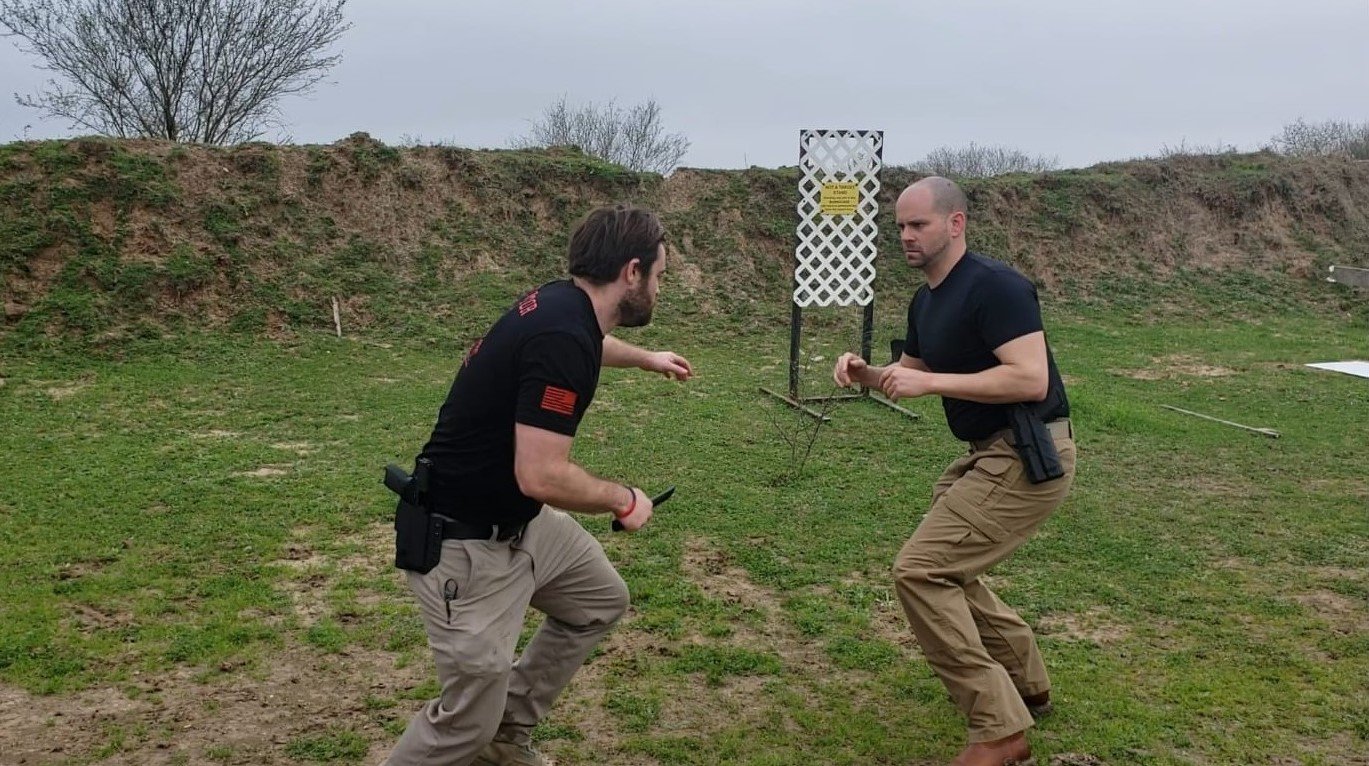 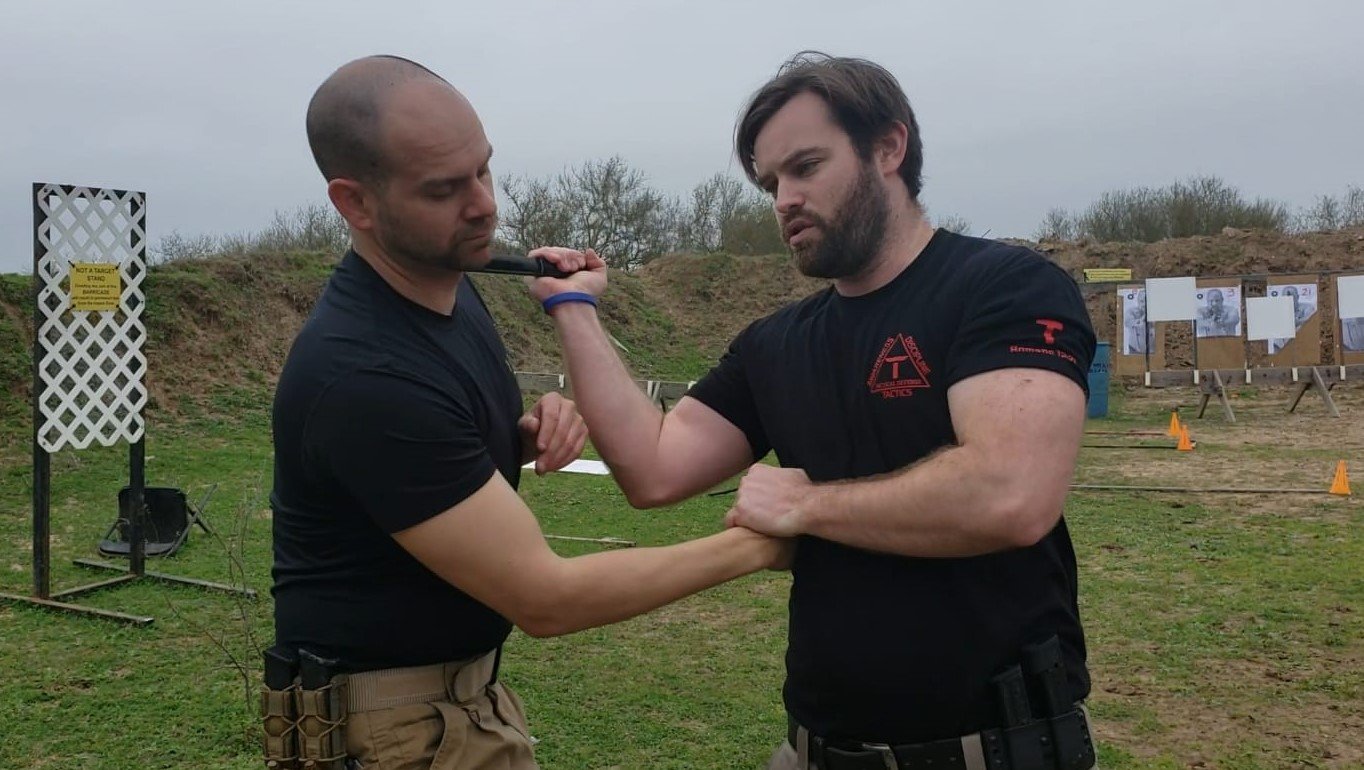 This doesn’t mean that a knife is an instant fix for close-quarters self-defense. Like any weapon, a knife is not going to do you any good unless you train with it and know how to use it. It’s not just playing a game of “stabby stabby die die” and hoping for the best.

Defending against a knife, with a knife, comes down to three things: speed, distance, and reaction time. Once you realize you’re being attacked, how you react makes all the difference in the world. I tell this to all my students: If you can, RUN AWAY! You do not want to be in a knife fight unless absolutely necessary. However if there’s no escape then it’s time to go to work and defend yourself.

Criminals that use knives WILL NOT fight fair! They are ambush predators and will wait for the very last second to deploy that knife. Biblically we have the right to defend ourselves, trust God in all things but when the spiritual gets manifested into the physical we need to know how to defend against it. That’s why we train, so we can protect ourselves and loved ones. Cross train with firearms, edged weapons, and hand-to-hand combat. Appreciate y’all taking the time to read! Train Hard, Stay Safe, and Be Blessed in Jesus Name!

It's the sports camp for every fitness level! Here you can spend a week doing the best for your body, your mind and your soul. Here there is sun, sport and good humour. That's the promise of the Women's Health Camp.